When I was in Boy Scouts my Troop had an annual Michigan Trip during spring break.  We'd pack into the Troop Leader's big passenger van and drive from Champaign, IL to various locales in Michigan.  I made the trip two years in a row.

The trip was mostly tours of factories and foundries.  No outdoor stuff. No hiking.  No camping.  No knots.  We visited the Pontiac facility that built Fieros.  An engine foundry.  A steel plant.  Some year-round Christmas store that was very boring.  Every year also included a visit to a Chuck E Cheese that had plenty of video games.

The trips also included a drive over the border into Windsor, Ontario.  We'd visit a large mall there.  On my second trip I visited a book store and found this.  I've never seen another one.  Heck, I got to figuring this might be rare until I saw one posted on Amazon.com for $0.65.  Maybe I should only look at the price on ABE Books, that one is $1.08.  Anyway, enough Crider-like reminiscing.  Besides the Canadian price is still on the cover, $1.99.

This was a neat book for me because when else was I going to see the wonderful Pythons?  I was too young to go out to a video store and I don't think the VHS explosion had hit yet.  This is filled with still photos and the shooting script.  I loved it.  I'd seen the flick and remembered it well and could remember the actor's voices as I read through.

The book also had nudity!  Just like the film!  And, just as important, there is a deleted scene.  Deleted scenes are all over DVD re-issues but I'd never seen or heard of the Martin Luther section.  A scene of particular surprise for a Lutheran kid.  Especially since Luther is portrayed as a filthy, sex-crazed monk out to lay Mrs. Mayer or her two daughters.

I'm posting in some cell phone photos.  Included inside the black cover is a correspondence between John Cleese - Wow, that guy writes well, he's not so silly after all! - and The Sun newspaper where Cleese was disputing a story that was printed during filming in Scotland.  The Sun claimed that Cleese was upset when raining delayed filming and stomped around calling the extras bastards.  Letters were exchanged and all were photographed and stuck in the back. 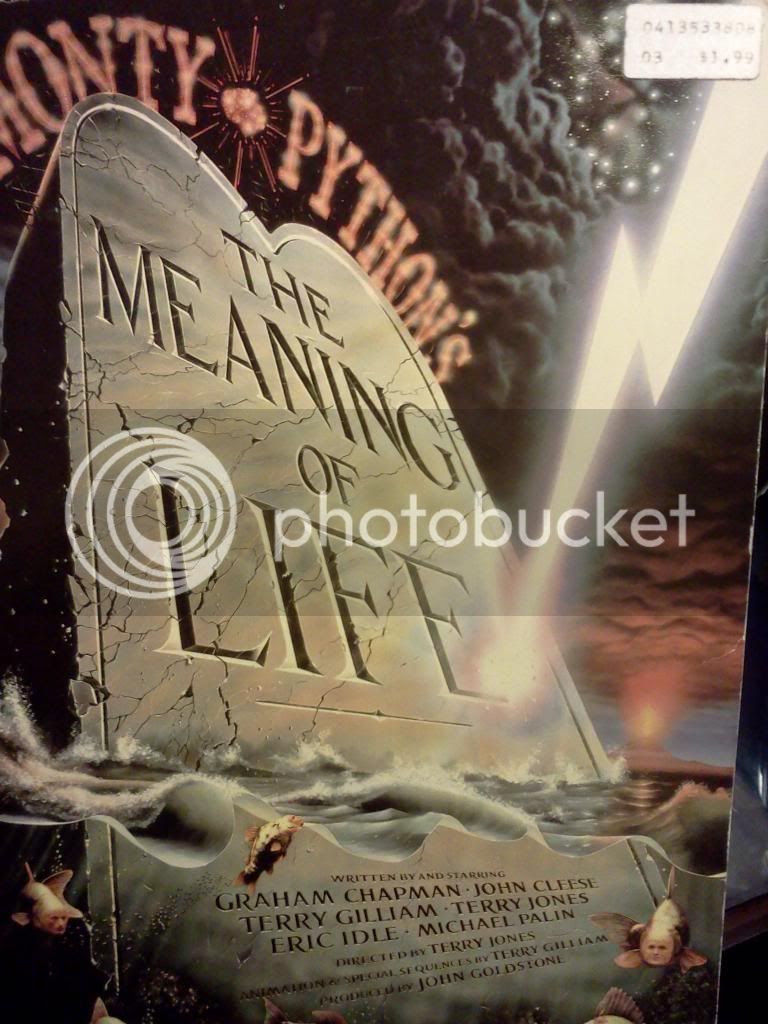 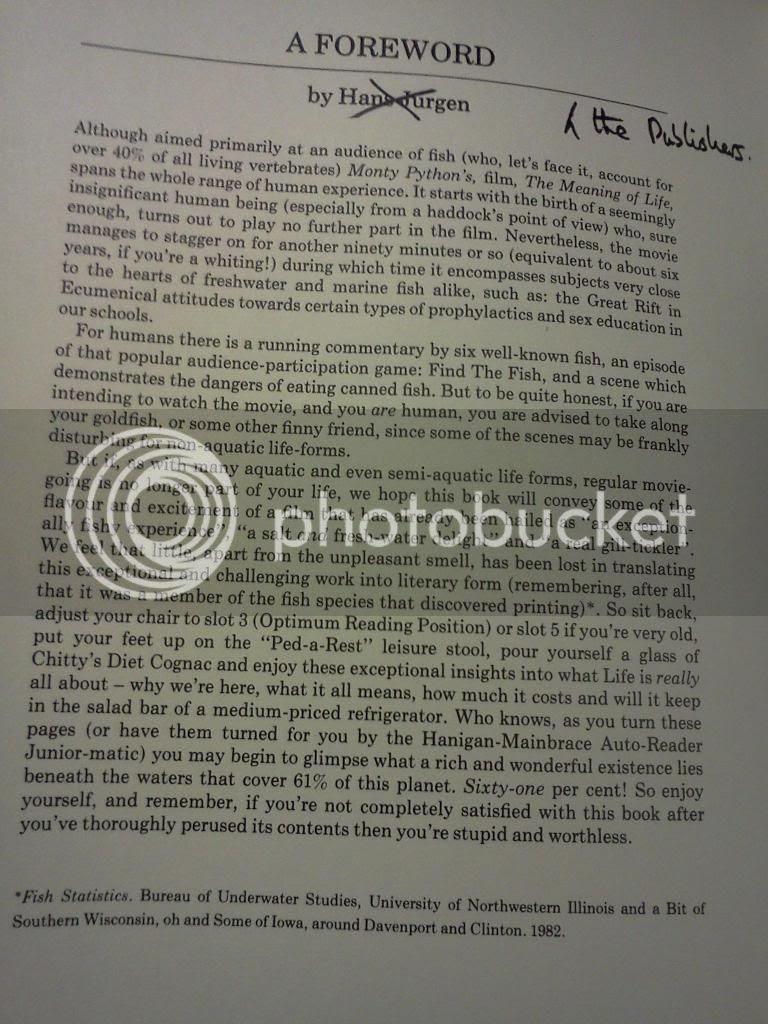 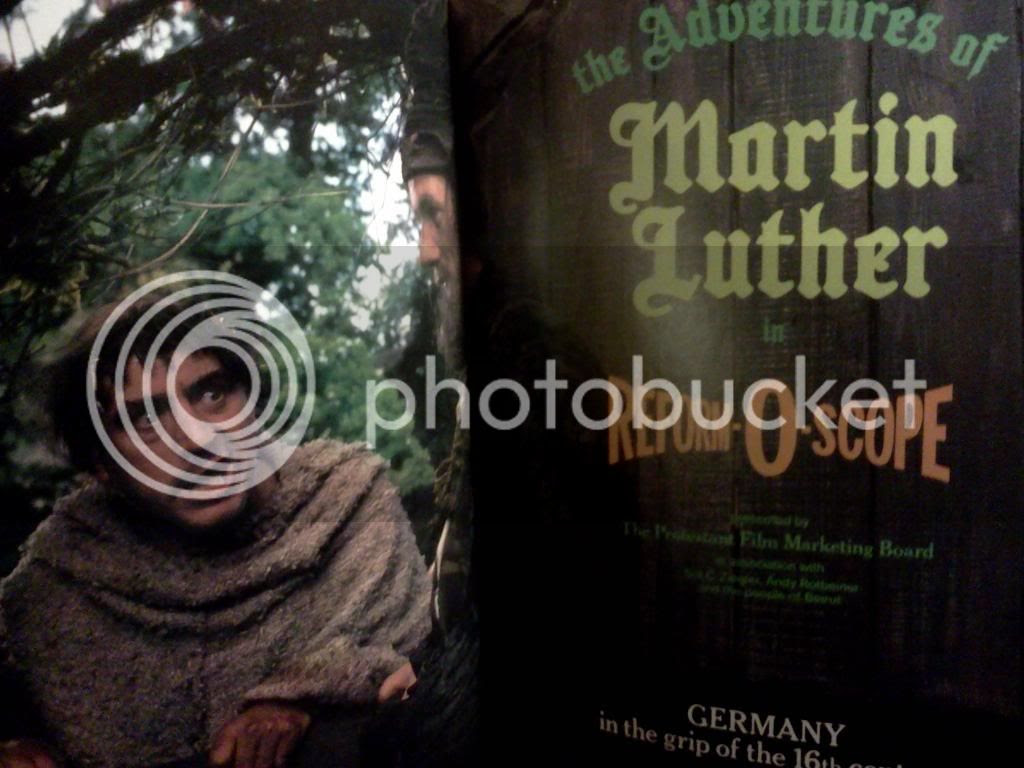 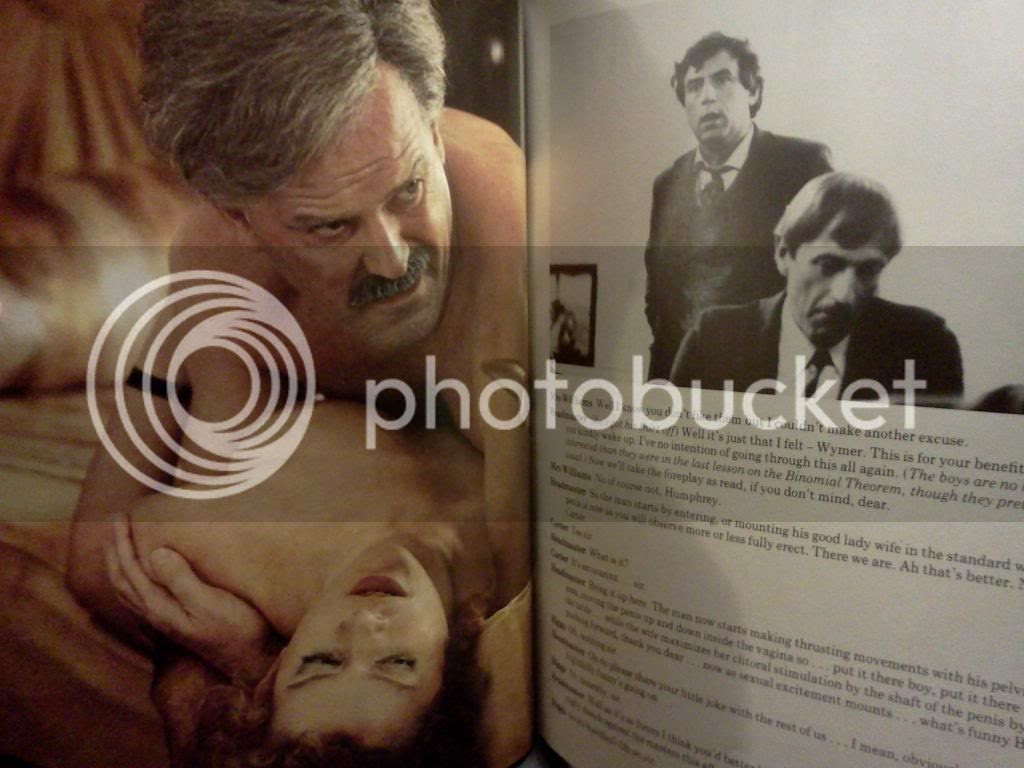 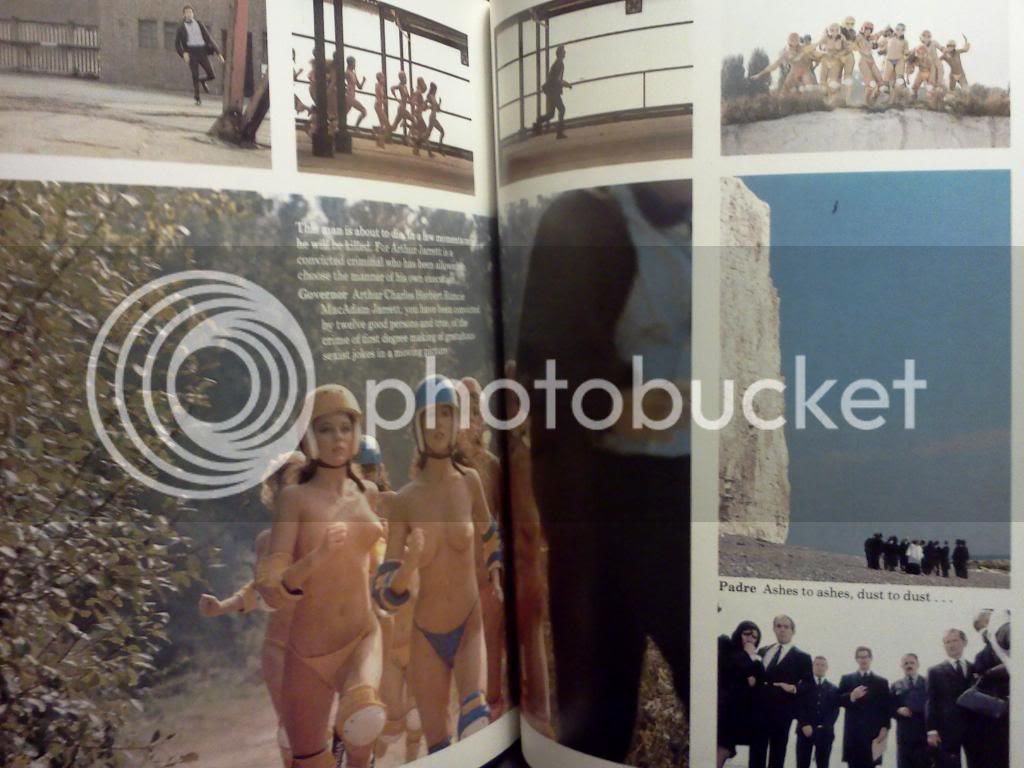 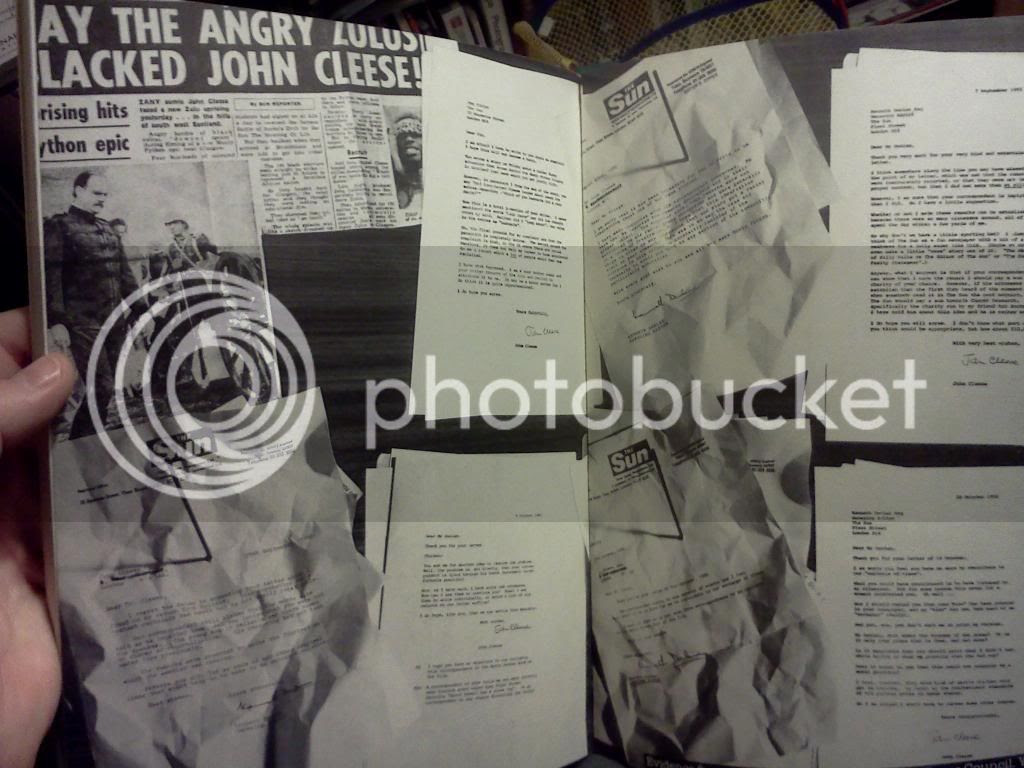 Comments:
1.  A brife story about Chuck E. Cheese.  The place was packed with kids and teenagers.  Someone was playing a game in one of the machines with a large cabinet you would sit inside of.  The player had quite a crowd surrounding him as he played.  He was zapping aliens and running up the score when I noticed a toggle switch on the back of the machine near the floor.  The game cabinet was in the center of the game area and the back of the machine was uncovered.

Another Scout and I nonchalantly leaned backwards against the cabinet. I crossed my arms and propped out a bent knee.  The heel of that propped foot starting searching for the toggle switch.  I found it, and switched it.  Noises of "Huh?" and "What?"  and "Hey!" erupted behind me.  I switched the toggle back and wandered off.  We thought it was hilarious but made sure to hide.  Especially after we did it a second time.
Posted by Gerard Saylor at 10:18 PM