The first of these Parker comic book novels came out several years ago and I bought a couple for work. I ran across this novel in the stacks and figure to take it home. So I did. I recall these adaptations getting a fair amount of press among crime fiction fans. Cooke did four adaptations and all are in the library catalog with Score, Hunter, Outfit and Slayground.

The Score has Parker working with an amateur. Again. Even though Parker constantly swears off working with amateurs Starke would present Parker with a meaty score. This score is the robbery of an entire small city in North Dakota. Copper Canyon sits in a box canyon with only one way in and out. The amateur planner has recruited the crooks and plans to take over the police department and phone company before robbing the mine company payroll, the jewelry stores, and banks.

I enjoyed this quite a bit. I suppose Stark's sparse writing better fits the shorter length of a comic book novel. Darwyn Cooke used only greys and yellows in his art and employed some neat angles and perspectives of the characters.

Bonus: Grofeld is in this one. Goofy-ass sociopathic Grofeld who imagines himself in a film productions as the robberies go on. He and his telephone company hostage have sex and get hot and heavy. Grofeld wants to take her with them after the robberies and this is one of many complications.

Attached images either posted upright or they did not. I am not going to screw around with editing the images to upload them again and Blogger doesn't seem to allow me to rotate the images. I suppose Cooke uses different color schemes for the other novels. 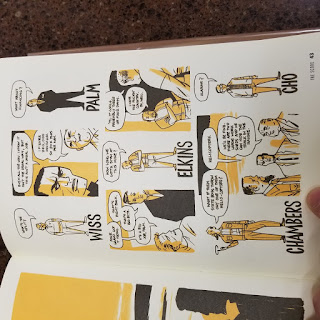 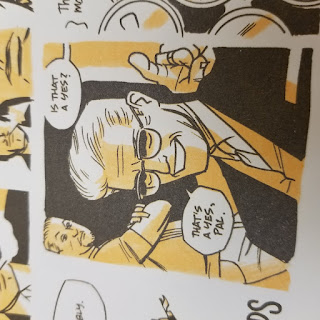 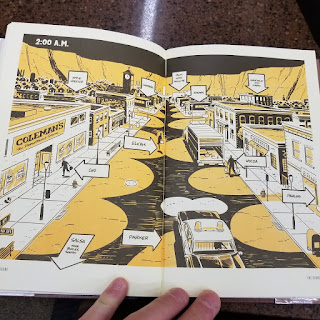 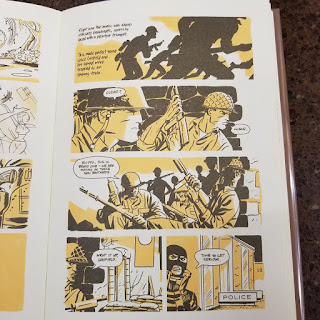 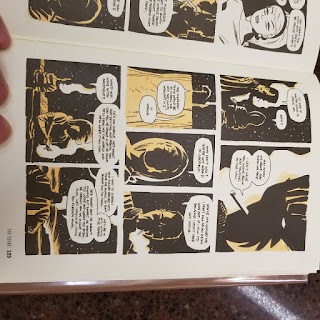 Posted by Gerard Saylor at 6:58 PM